Now that the E3 hype has died down and we’ve had a bit of time to reflect on the highs, the lows, and everything in-between, the time has come once again for us to recap everything and pass judgment. Who won the show? Was Microsoft’s showing enough to put the company back into gamers’ good graces? Did Nintendo steal the show even without having a major press conference? Did Sony’s aggressive firebomb of Microsoft win the show for them? Or will the victor be neither of the above (see: last year)?

Keep reading to find out our thoughts on all the conferences – we’ll give each conference a letter grade and after all is said and done, we’ll declare a victor. Also, keep in mind that we’ll be judging these based on what we knew at the time – meaning that Microsoft’s later DRM reversal will not come into play in this discussion.

Microsoft came into E3 taking heavy fire for its horrible Xbox One reveal that showed next-to-no games, and the draconian DRM that became the defining characteristic of that console in the following weeks. No other system has received such universal backlash, and Microsoft, in full damage-control mode, promised nothing but games at E3.

And they didn’t lie – the conference was an hour and a half jam-packed with games. The show kicked off with an extended trailer for Metal Gear Solid V: The Phantom Pain running on Xbox One. The game looks gorgeous in its traditional over-the-top Kojima-ness. A quick overview of some things coming for Xbox 360 followed, including World of Tanks, Max: The Curse of Brotherhood, and Dark Souls II. All of this was accompanied by the reveal of a new Xbox One-inspired 360 redesign that would be shipping to stores the same day, and an announcement that Xbox Live Gold subscribers would gain access to two free (old) games per month.

Ryse: Son of Rome looks good graphically, but the extended gameplay demo left a lot to be desired, as it seems like a generic QTE-fest. Quick reveals for a new free-to-play Killer Instinct (that’s not even developed by Rare!) and Insomniac’s Sunset Overdrive gave way to Forza Motorsport 3, which…apparently plays itself when you’re not playing it. Okay… 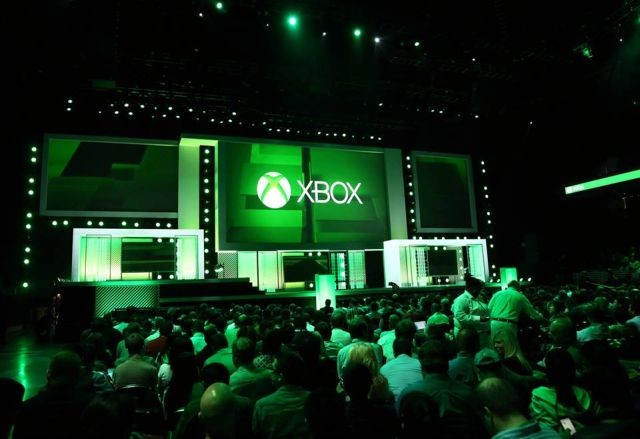 Lots of game announcements and trailers followed, including Minecraft, Remedy’s Quantum Break, and D4 – an adventure game by Swery65 of Deadly Premonition fame (or infamy?). A gameplay demo of Project Spark was impressive and the game seems to have a lot of creative potential. Twitch integration into the Xbox One is a welcome addition, although an awkward on-stage demo of Killer Instinct with some unfortunate banter fell flat in the middle of the conference…and seemed to set off a chain of unfortunate events.

Unlimited friends, the conversion of MS points into real currency, and the sharing of Gold benefits among family members all seemed like “duh” announcements. A spiritual successor to Panzer Dragoon entitled Crimson Dragon had an unfortunately awkward reveal trailer with no sound. Another big reveal followed: Dead Rising 3, but the gameplay demo lacked all the appeal of the series and the game seems to be a generic zombie mowdown.

Games like The Witcher 3 and Battlefield 4 – the latter with timed exclusivity for the first map pack – rounded out this section of the conference. The announcement of a new Halo for Xbox One was a no-brainer as well, though we’re still puzzled as to why Master Chief needs a cloak to protect himself from the sand. 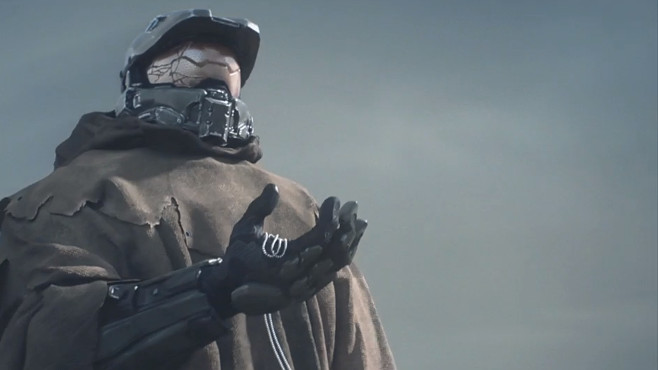 So all-in-all, it hadn’t been a bad conference at all. It was game-packed, and while it wasn’t enough to smooth over the fallout from the DRM announcement, it was a good showing and was a good start on the path to fixing the ill will toward Microsoft.

And then the bottom fell out when Microsoft announced a price out of nowhere: $499. Gamers balked, and in that moment Microsoft undid all the progress they’d made toward winning people back over to the Xbox One. Not even the impressive Titanfall demo that finished off the conference could make everyone forget the premium price of the system. Their attempts at damage-control afterwards were nothing short of laughable and featured their share of foot-in-mouth (“What’s a nuclear sub? Just buy a 360!”) and dig-the-hole-deeper moments (“We’re under-charging for this thing!”), but thankfully that doesn’t enter into our judgment here.

But let’s face it. From an objective standpoint, discarding the hostility most people had toward Microsoft going into the conference, and the out-of-nowhere exorbitant price announcement, the company had its best E3 showing in years. There were no casual Kinect-fests, they didn’t spend half the conference talking about sports and TV, and they showed off some really good-looking exclusive games. However, there were no real surprises, and the price announcement practically crashed the show. So while Microsoft brought the games at E3 and had a good conference for the first time in years, they still could have been much better.

The New Galio: Rework or Replacement?

by Nolafus on March 18, 2017
One of the world's rare Galio mains offers his thoughts on League of Legends' latest champion rework. What does Riot have in store for the new Galio?

Assassin’s Creed 2017: A History of Leaks and Rumors

by Rhys on February 27, 2017
Ubisoft hasn't given much information on the next Assassin's Creed game, but we may already know quite a bit about it.

by TRIFORCE89 on February 21, 2017
Justin got his hands on a Nintendo Switch at the Toronto preview event, and he's got plenty of impressions to share.
comments
Leave a reply